What to Consider About Color Spectrum When Lighting Animals?By Bill Little

Color and the quality of color is an integral part of understanding light, especially given all light is made of color. See below for a brief illustration of the spectral output of lighting as is related to various sources.

Sunlight on Cloudy Day 5000-6500k The baseline of which most lighting is compared. Notice the spectrum, however, there is huge amount of UV and IR. CRI of 97-100 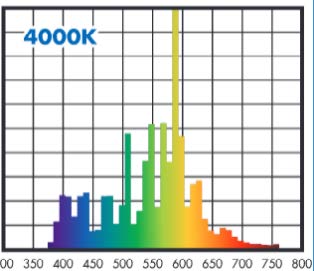 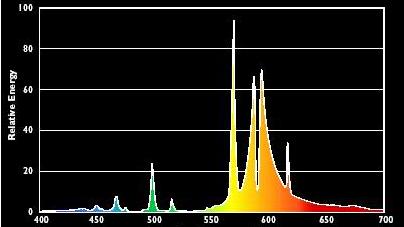 Some UV, virtually no RED, decent CRI of 76 (not a smooth curve though) 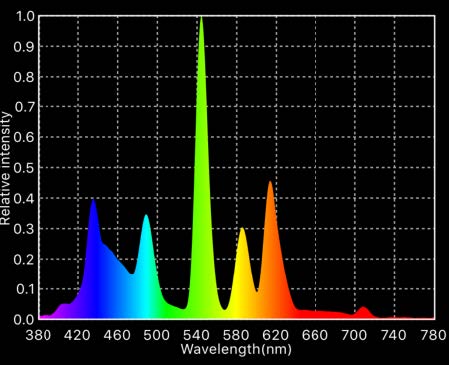 Below is a visual example of the changing color of sunlight over the course of the daily cycle and how it relates to color temperature. When we utilize different color temperatures of lighting, we are trying to mimic sunlight at these times of the day.

Everything humans and animals see and react to in their surrounding is based on the perception of color. While all eyes are similar in basic anatomy, there may be differences among species. From humans, to poultry, equine, cattle, or swine, our perception of color varies significantly.

Human eyes have 3 primary receptors for color: red, green and blue. While we are able to perceive other wavelengths, it is through these three broadband receptors.

The human eye has rods and cones, which are utilized at different light levels. Despite perceiving a broad range of color from 400-700nm, we have only one peak in sensitivity. During higher light levels, or the photopic reaction, the human eye uses its cones and has a peak sensitivity during daytime hours in the lime green color, or around 555nm. However, in very low light levels such as night, the eye switches to its more sensitive receptors, the rods, and peak sensitivity shifts to around 507nm, more towards the blue end of the green region. Other animals have different eye constructs and thus may have different sensitivities.

Poultry, for instance, have four sensitive zones instead of just three (they also can see UV), and thus may perceive colors much differently than humans. Unlike humans, who only have a single peak of perception at 555nm, poultry have a similar peak at 530-580, but also high sensitivity peaks at 460-480nm and 615-630nm. Domestic poultry such as turkey and chicken, are as much as 8-10 times more sensitive to blue as humans and as much as 4 times more sensitive to red. Note below the difference between the human and poultry visual response: (image: Cheeps and Chirps, Volume 4 Issue 1 April, 2011)

A full spectrum is even more critical to these animals and much like humans, color can affect their daily routine. Comfort and spectral balance are crucial. Lighting based on blending individual colored LEDs such as red, green and blue (RGB) tends to make many animals, especially poultry, nervous because it is unnatural. It is best to have smooth spectral curves with peaks in the correct zones, although spectral “doping” (adding an individual color peak to white) can be effective if performed correctly. It is important to not only provide the appropriate color balance for the birds, but also uniformity as they are highly sensitive to variations in intensity.

Just as important as full spectrum and color balance is the strength of the regions of the spectrum and how it affects the birds. Science has proven that lighting within the red region stimulates the birds’ reproductive system and improves both laying and reproduction. For example, red light tends to increase bird activity, and therefore while it is great for layers, pullets and brooding, it leads to increased bird risk and lower body weight in meat birds. By contrast, light within the blue region tends to improve weight gain, docility and handling. This leads to birds that have higher food conversion, less stress, and better weight gain. 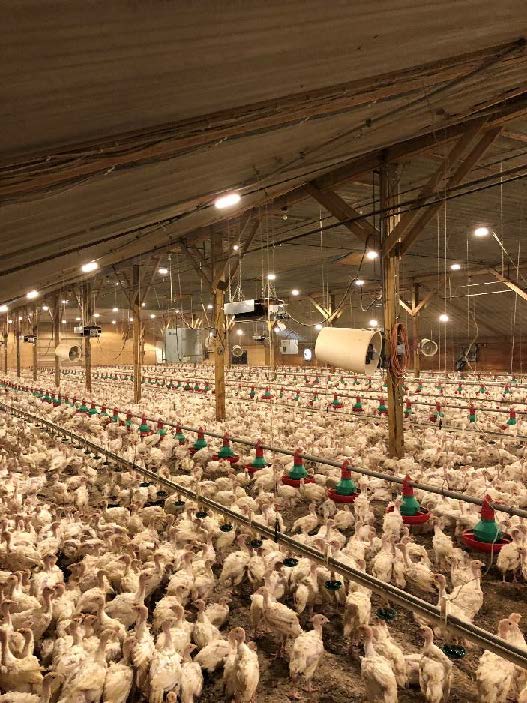 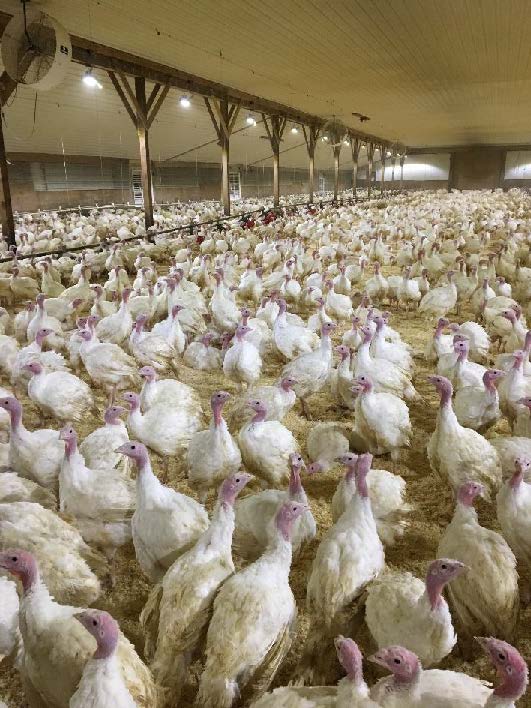 Many four-legged mammals such as cows, horses and pigs are red-color blind, meaning they do not possess or possesses limited red color receptors. They see primarily in the green/yellow (peak at 555nm) and blue regions (peak at 451nm), often referred to as having dichromatic vision. It is for this reason that they are most comfortable in daylight colored LED light (5000-5700K), strong in blue and yellow wavelengths. However, since all the red and orange hues will appear as shades of grey, they still perceive dark and light. It is for this reason uniformity is quite important, especially in critical zones such as food troughs and feeding lanes.

Similarly, horses are also dichromatic like cattle, and do not possess receptors in the red region. Much like cattle, they would be especially comfortable in daylight colored LED light which emits primarily blue and yellow light. And like cattle, they will only perceive reds and red-like colors as shades of grey or shades of a component color they do perceive. See below as an example of dichromatic visual response where the top two are how humans see and the bottom two are how a horse or cow sees (images : Journal of Vision October 2001, Vol.1, 2. doi:10.1167/1.2.2 )

Horses have a vastly greater number of rods than cones and thus are highly sensitive to changes in intensity. It is imperative for their well-being and safety that uniformity is highly considered.

It is for this reason that warm white (red strong) lighting is not only not necessary, but it is wasteful. Only blue strong balanced lighting, 5000k and above, should be used when lighting equine, bovine (meat or dairy), and swine. 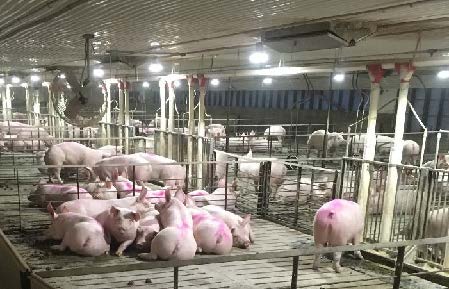 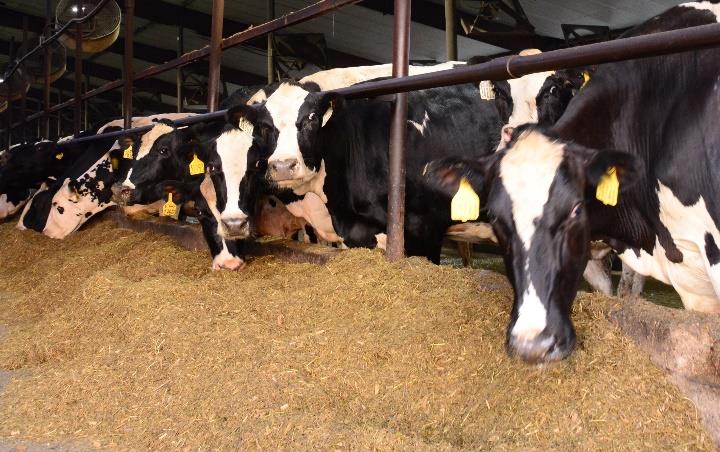 Uniform intensity, good quality high color temperature daylight (5000K and above) LED lighting provides superior visibility, animal safety and proper detail vision for the animals. With all animals, like humans, intensity and uniformity, along with color and spectral shape, can help dictate the safety and behavior and provide improved performance and quality of life.

18Write a comment
Pros
Lumen
The Science of Lighting